Home » Plans and Goals for KACA from President

Plans and Goals for KACA from President 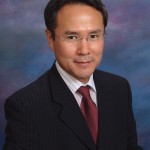 The KACA has grown tremendously in terms of size, scale, and accomplishments. The KACA started with a small number of members as “North American Association of Korean Communication Scholars” in 1978. The KACA today has over 500 members in the U.S., Korea, Asia, and Europe. The KACA is bigger and better than any other times not only in size but also in a variety of accomplishments by members. As recent examples, former president Dr. Kyu Ho Youm of the University of Oregon is the president of the AEJMC and a KACA member, Dr. Jisu Huh of the University of Minnesota is vice president-elect of the AAA. It is not easy to miss Korean authors’ names in every issue of top communication journals. At major national and international communication conferences, Korean researchers present a large number of research papers in many divisions with top paper awards. These accomplishments also indicate that Korean professors and students contribute to communication studies about Korea, the US, and other parts of the world. It all goes to show that the KACA plays a prominent part in the development of communication discipline at the global level. My hope is that the successes of KACA will help motivate and inspire current and future members. With the legacy of successes, our organization is charting new territory in the upcoming years. We are extending our reach around the world while remaining committed to our core values of exchange of knowledge and cooperation of professionalism.

I believe that my role as the new president is to continue to build on the successes. To preserve KACA’s mission of facilitation, cooperation, and exchange of academic knowledge and human networking, I want to set several goals to accomplish during my presidency.

First of all, I would like to recognize successes by KACA members. There are many members that deserve awards, kudos, and applauses. While it may not be possible to award every accomplishment by each member, I will recognize them as much as possible. I will set up distinguished service award, member of the year, officer of the year, and hall of fame inductee. I will also expand the number of graduate student award recipients from one to three. The award committee has experienced difficulty in selecting one winner for the award because there are more qualified candidates than one.  Other possible committees to be set up include membership committee, outreach committee, newsletter committee, membership directory committee, and international committee.

Second of all, I would like to recognize dues paying members. Currently the KACA’s dues paying ratio is less than 10% out of the entire members. The paying members have been willingly supporting the KACA for its growth. Their payments have been used to support awards, scholarships, KACA reception, dinner, web hosting, and others. I will use the dues to recognize outstanding KACA members. In addition, I will offer dues paying members opportunities to get involved in committee activities. I believe that these offerings can develop KACA members’ belongingness to the organization.

Third of all, I will emphasize cooperation with the KSJCS (Korean Society for Journalism & Communication Studies). I express my sincere thank-you to the KSJCS for its support and cooperation for the last three and a half decades. The KSJCS has always been nothing but a helping friend and partner with the KACA. The relationship started from the inception of the KACA in 1978. There have been joint-conferences between the two organizations in both Korea and the US for over 30 years. I want to continue this tradition by putting the plan in action. A joint-conference in conjunction with major conferences in both Korea and the US will nurture academic and human relationships between the two organizations.

Fourth, for the transparency of financial management of the KACA, I will publish the financial report in every issue of newsletter. The report will include the breakdown of income and expenditure clearly and openly. By doing this, I want to ensure that your membership dues and donations are used for your benefits.

Last, but not the least, it couldn’t be the better time than now to globalize the KACA. We will partner with other international organizations including the CCA (Chinese Communication Association), Singaporean scholars, Japanese scholars, Taiwan, Malaysia, Hong Kong, Indonesia, Australia, New Zealand, and other parts of the world. Hosting a joint-conference either in our or their sessions and special issues about regional research agenda in communication journals are some of possible activities.

I have no doubt that KACA scholars and students have played a significant role in the development of communication studies about Korea, the U.S. and the global communities. To continue the successes, I invite you to join our remarkable community and its members’ contributions in the years ahead.